“As we were leaving we became visible to terrorists and snipers started shooting at me. I was holding my son across my chest and my daughters by the hands. We were running.  My son was shot. The bullet went through his shoulder to his heart…

In 30 minutes I lost my son, my father and my cousin’s daughter.”

Yesterday I visited what might be the most significant project I’ve been involved with, and I think it gives some important insights into the current debates on international aid brought up so powerfully again this week.

Just over a year ago I wrote from the midst of some research we were doing in partnership with the local Lebanese church and community members in one Syrian community in the Bekaa Valley. 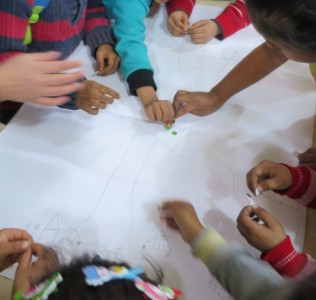 After many discussions and activities with children, young people and adults, one of the key issues that emerged was lack of services or activities for young children, while many mothers in particular felt alone and unsupported, having lost the natural in-built community of aunts and grandmothers and cousins they left behind in Syria.

At the community meeting at the end of the research, one of these mother spoke up with an idea – to create a safe space among the tents for young children to come and play, and learn, led by the Syrian women themselves.

And so, one year later, the Little Friendly Space (LFS) opened its doors. Two months in, and 60 children aged 2-5 attend the LFS in shifts – learning, singing, playing, and having a chance to be with other children and possibly a completely different future than they might have had without the developmental opportunities they are now accessing at this critical age. While the project is simple, the difference it could make is huge and the change is already evident:

“My daughter used to be very quiet and shy, she wasn’t sociable and she didn’t play. But since coming here she is more open – she is playing, enjoying herself, and she has a different spirit.”

“My children are so happy now and you can feel it – they understand everything and the teachers take good care of them.”

One of the issues the Oxfam story brings up for me is that of the value of genuinely working with and through local partners in emergency situations, something that most humanitarian agencies talk about but few genuinely put into practice. Certainly working with local partners adds a layer of complexity to any response – it will likely be slower and require more listening.  But the current weighting of the balance in favour of the western aid agencies delivering programmes because of their greater capacity to meet western-determined reporting requirements needs to change, because it is this very separation of ‘us and them’ which positions the recipients of aid as powerless victims and is a significant enabling factor for abuse and exploitation.

Involving communities in all areas of their own programmes is no longer an optional extra but a critical priority, and we need to take action and put resources and research into really working out how partnership can genuinely become the main way we work with people in crises. 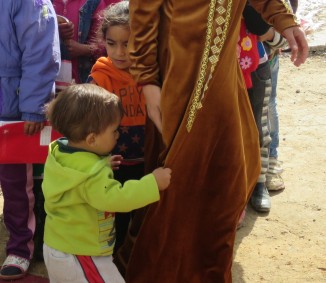 This one small project with 60 children gives a glimpse of the value of making the effort to facilitate projects led and developed by the communities they target.  In addition to the impact for children, the children’s mothers are also involved in leading and also attend weekly sessions along with their children. Where mothers were often alone in a new area, because of this project, they are getting to know one another and a supportive community is coming into existence.

But one of the most significant impacts I’ve seen is in the life of Roula* herself, the Syrian woman who had the idea for the project, and is now leading it. Consider how much weaker the impact of the project might have been if Roula was simply viewed as a ‘beneficiary’, able to succeed only in meeting the dispiriting vulnerability criteria needed to become a recipient of support. Instead, yesterday she told me:

“In the beginning I was so afraid and not sure if I could fulfill this trust placed in me – but I was also excited – and then after we started I saw that the children were so happy to be here, I thought, ‘Yes, I am able to do it!’ Now I feel about myself that I am doing something – I’m responsible for these children.”

The tragic and unimaginably difficult story at the beginning of this post is Roula’s own story. I have personally witnessed the transformation in her – from the foundation of getting to know the local church partner who initially offered her support and friendship in a new and unknown place, to the tangible hope present in the moment when she spoke the idea for the project, to today where her idea is a reality.

Roula’s experience is one of many hidden stories that could be multiplied countless times if only we will be willing to listen, and to really see her and others like her who can be part of transformation and change in those places and situations that seem the most broken of all. 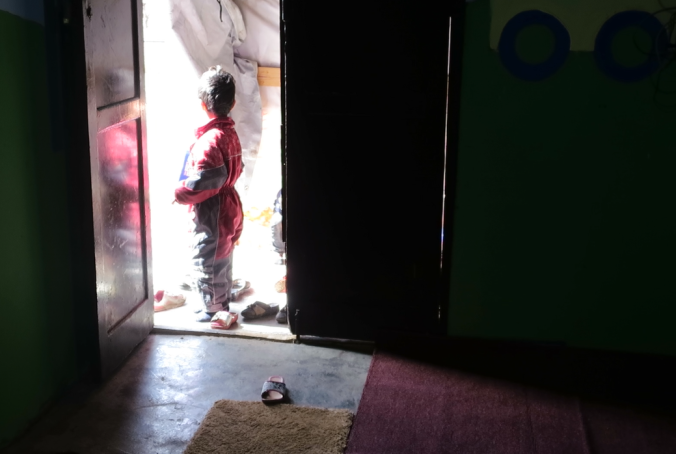 * Not her real name

One thought on “Little spaces for big change: The power of the stories we don’t hear”