Is it worth it? Is it all making any difference? Why keep trying? So often we can feel that the effort we are putting into a relationship, a project, or a long-held dream isn’t having the impact we’ve hoped for. When costly investment and hope sometimes seem to yield only disappointment and pain, why should we bother to keep going? 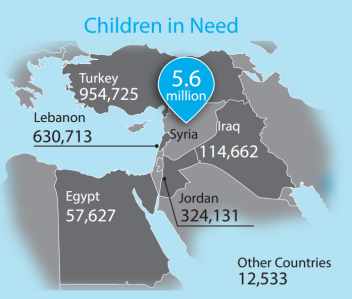 While the resources available to meet the needs of Syrian children are rapidly diminishing (this month the UN are cutting in half the monthly food allowance for refugee families in Lebanon from $26 to $13), the statistics on the war in Syria have now grown beyond anything we can fully comprehend. It’s difficult to imagine a thousand children, let alone more than 5 million. So instead let’s try to picture just one child. A five year old girl called Naima.*

Displaced from their home to a village just outside one of Syria’s most conflict-affected areas, Naima’s family are struggling to meet their basic needs. Naima is one of 240 children who each week attend a child friendly space (CFS) – it’s a safe place where she can play, learn, have fun and spend time with a team of young leaders who care about her and want the best for her.

Every day when the children arrive at the CFS, the team leader, Samir, greets each child with a smile and a handshake. But  each time Naima would refuse to shake hands, and wouldn’t meet his eyes. During her time at the CFS each week, Naima wouldn’t say a word.

Samir told me that much of the time, his team feel discouraged and that they are having little impact in the lives of the children they care for. Children whose behaviour was difficult to manage at the start is still difficult to manage. There’s so much the team can’t change about the circumstances in which the children live, in this insecure location not far from Homs and with IS not far away on the other side.

The surveys we have done with the parents of the children in the CFS which I analysed in April indeed showed that children are struggling. The answers given score each child on a number of different scales including emotional and behavioural difficulties. Where a child was not struggling in an area, the corresponding box on my spreadsheet would stay white; orange indicated a slight problem, and darker red a much more serious problem. The results below are part of the responses for 10-15 year old boys, who were struggling the most – the high levels of orange or red boxes seemed to show that the team were right – the children they are working with really are having a lot of difficulties.

But on my visit to Lebanon this time, I was handed a new pack of completed surveys – this time from parents of displaced Syrian children in another (safer) area where there is no child friendly space, for comparison. I couldn’t believe the results I was typing, as more and more boxes turned the very darkest red, indicating that the vast majority of the children have very severe difficulties and are not coping with life. It was hard not to burst into tears at my desk remembering that these boxes represent real children.

While we shouldn’t infer too much from this one piece of data, I began to think about how much worse the situation of the children might be without the work of the child friendly space team. Although they feel that they aren’t having enough impact, it seemed to me that in fact their impact might be enormous; that in some way they are holding back or dispelling the darkness around them.

It reminded me of these verses from Isaiah 58:

If you spend yourselves on behalf of the hungry
and satisfy the needs of the oppressed,
then your light will rise in the darkness,
and your night will become like the noonday.

Or in the Message version:

Samir’s whole face lit up as he told me that after several months, finally, Naima shook his hand, looked him in the eye and smiled. A seemingly small change that in reality is life-altering.

So for us, in those big and small things that we know deep down are the right things to do and to keep on doing, even where we feel like we’re not making a difference, or seeing results, or seeing the transformation we long for, let’s keep going. It might not be easy or comfortable, and it might not be safe. But even in the most insecure environment, because of his commitment to these children, Samir was able to honestly tell me, ‘This is my dream job…  These are the best days of my life.’

Let’s allow our lives to glow in the dark too. 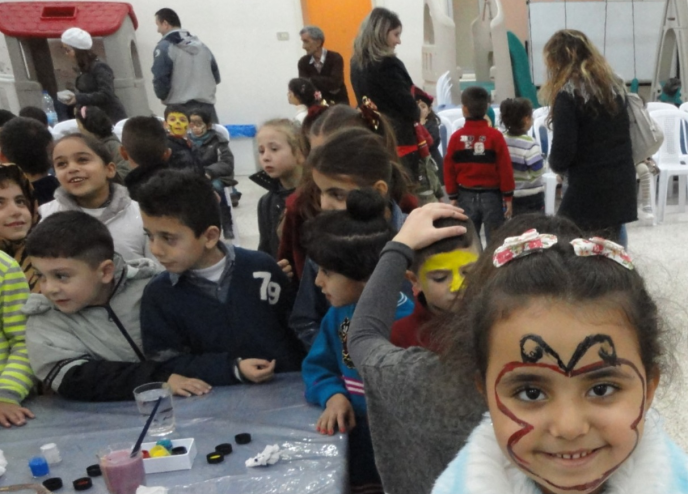 Read more about the CFS story at http://www.lsesd.org/Default.asp?PN=%27News2%27&SubP=%27DNewsStory%27&gn=0&DivisionID=0&DepartmentID=0&SubDepartmentID=0&NewsID=75442&ShowNav=&StoryGroup=Current

*All names have been changed.